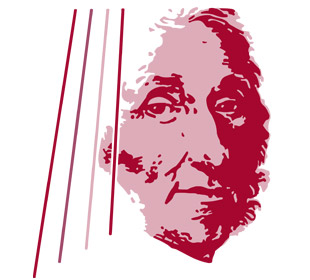 LAUREATES OF THE INTERNATIONAL J.M. SPERGER COMPETITION FOR DOUBLE BASS 2022

DAVID SANTOS LUQUE (Spain) has won 1st prize in the International Johann Matthias Sperger Competition for Double Bass 2022 in the Hanseatic and University City of Rostock. He was declared the winner of the final round of the competition on 3 April 2022. He received a cash prize of € 8.500, donated by the Oscar and Vera Ritter Foundation, the Special Award for the Best Interpretation of the Contemporary Compulsory Piece by Toshio Hosokawa and the Stefan Johann Krattenmacher Award.

The 2nd prize of € 4.500, donated by Guido Mariotto and Dorin Marc, as well as the Audience Prize, donated by the City of Ludwigslust, went to JOSÉ TRIGO (Portugal). The 3rd prize of € 2.500, donated by Günter Klaus, went to MORITZ TUNN (Germany). Fourth prize winner was IGOR ŠAJATOVIČ (Croatia). He won a master bow by Penzel Master Bowmakers as well as the Special Award of the Göttinger Symphony Orchestra. The finalists were accompanied by the Norddeutsche Philharmonie Rostock.
The prize winners also receive further concert engagements.

The Sperger Competition is one of the largest competitions for double bass in the world.
Patrons are the Minister President of the State of Mecklenburg-Vorpommern Manuela Schwesig and the conductor Thomas Hengelbrock, founder and director of the Balthasar Neumann Ensemble. The competition was organised by the International J.M. Sperger Society and held at the Rostock Academy of Music and Theatre. The entire competition was broadcast internationally via livestream. The radio NDR Kultur accompanied the event and will broadcast a programme about the competition in the series "Das Konzert" on 25 April.

The International J.M. Sperger Competition for Double Bass will take place from 27 March to 3 April 2022 in the Hanseatic and university city of Rostock. The competition is organised and hosted by the International J.M. Sperger Society.
Patrons of the competition are Minister President Manuela Schwesig and conductor Thomas Hengelbrock. The artistic director is Christine Hoock, President of the Sperger Society and Professor at the University Mozarteum Salzburg. The internationally renowned composer Toshio Hosokawa wrote the commissioned work "BAI", which will be premiered at the competition.

The four public evaluation rounds will be held in the rooms of the Rostock University of Music and Drama. Up to 60 young double bassists from all over the world are expected to "measure their musical strengths" and exchange ideas in a spirit of friendship. Admission to the competition is by video selection.
The jury is made up of renowned international soloists who will introduce themselves to the audience at the opening concert. The jury is chaired by Prof. Michinori Bunya. Parallel to the event, an instrument exhibition will be held in the foyer of the university.

The exciting competition week will start with the opening concert of the jury members on Sunday, 27 March 2022, at 11 a.m. in the Katharinen Hall of the hmt Rostock, culminating in the final round of the candidates on 3 April at 17:00. The finalists will be accompanied by the Norddeutsche Philharmonie Rostock.
At the subsequent award ceremony, high cash prizes, numerous non-cash prizes and an audience award will be bestowed. The Oscar and Vera Ritter Foundation Hamburg will donate the first prize of € 8,500.
Tickets for the concerts are available at a price of 20,00 € / reduced 13,00 € in advance and at the box office.

The competition is sponsored by the Ministry of Science, Culture, Federal and European Affairs and the NDR Musikförderung in Mecklenburg-Vorpommern, among others. The entire event can be followed internationally via live stream. NDR Kultur will provide media coverage of the event; a recording of the final round will be broadcast in the series "Das Konzert".

The International J.M. Sperger Competition for Double Bass 2020 has been postponed. It will now take place from 27 March -3 April 2022 in Rostock, Germany.
The official regulations and circumstances surrounding the Covid-19 pandemic make it impossible tocarry out the competition in an artistically fair and meaningful way in the summer of 2020.

"Regrettably, the international character of our competition,with candidates, jurors and staff from six continents,stands in insurmountable contrast to the current worldwide travel restrictions and distancing regulations", saysartistic director Christine Hoock.
"The competition and all concerts, the double bass exhibition, the music-historical symposium, the master classes of our jurors and the youth course for prize winners of the national competition Jugend musiziertwill not be possible this summer. We will greatly miss the incomparable atmosphere of our event week, including the casual get-togethers and international networking with colleagues and double bass friends!

To senda low-pitched cultural message also in 2020, the International J.M. Sperger Society invites double bass players worldwide to send in "double bassquarantine videos"via emaillink, from 15 June to27 July. Standard repertoire as well as creative ideas or humorous creations are welcome. Every week an "online winner"will be nominated.
Bassists and bass lovers can stayup to date and inspired through the social media channels of the Sperger Society.

A double bass eventofseveral days is planned for February 2021in cooperation with the University of Music and Dramain Rostock.
The team of the International J.M. Sperger Competition is looking forward to seeing you again soon -on the web and in reallife!

The 11th International Johann Matthias Sperger Competition for Double Bass will take place from 26 July to 2 August 2020 - for the first time in Rostock, Germany. Under the artistic direction of Christine Hoock, professor for double bass at the renowned Mozarteum University in Salzburg, the competition will be co-organized by the International Johann Matthias Sperger Society and the Hochschule für Musik und Theater Rostock. The International J.M. Sperger Competition enjoys the patronage of the Minister President of Mecklenburg-Vorpommern Manuela Schwesig and the conductor Thomas Hengelbrock.

Rector of the hmt Rostock Prof. Dr. Oliver Krämer: "We are very pleased about the new partnership, which enables us to hold the International J.M. Sperger Competition for Double Bass in the state of Mecklenburg-Vorpommern. Our university offers the perfect setting for a top-class event of this kind, and we look forward to welcoming guests from all over the world." The President of the International J.M. Sperger Society Prof. Christine Hoock emphasizes: "Thanks to our international orientation, hmt Rostock and Sperger Society are ideal cooperation partners. Thanks to the university's first-class infrastructure, we can offer our candidates and double bass enthusiasts a great cultural experience".

The competition offers young double bass players of all nations up to the age of 35 a platform to compete and exchange artistically on an international level, to gain soloistic experience and to lay a foundation for their careers. Application is possible from 1 December 2019 through the competition ´s website.

A jury consisting of international double bass soloists will open the competition with a concert and, over the course of four rounds, determine the finalists, who will compete for prizes totaling €15,500 during the final concert with orchestra. In addition to the cash prizes, concert engagements, instruments and other prizes will also be offered. Concerts and competition rounds are open to the public and will also be broadcast via live stream. The cultural partner of the International J.M. Sperger Competition, NDR Kultur radio, will record the final concert. The broadcast date will be announced shortly.
The competition continues to be supported by the media partner NDR Kulturförderung in Mecklenburg-Vorpommern and the Ministry of Education, Science and Culture of Mecklenburg-Vorpommern.

On 16 January 2020, a benefit concert will take place in the foyer of the NDR Landesfunkhaus Mecklenburg-Vorpommern Schwerin to support the competition. Further details can be found at www.spergercompetition.com. 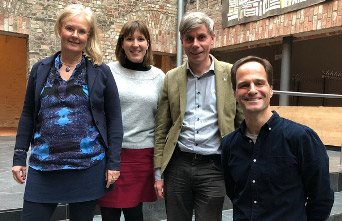 Andreas Ehelebe (Germany) has won the first prize at the International J.M. Sperger Competition for Double Bass 2018. He was declared the winner after a concert of the 4 finalists on 29 July 2018 in Ludwigslust, Germany. He received a prize of €8500 donated by the Stiftung Sparkasse Mecklenburg-Schwerin.

The second prize to the value of €4500, donated by the Oscar und Vera Ritter Stiftung Hamburg, was awarded to Alexander Weiskopf (Germany). The Lions Club Ludwigslust donated the third prize of €2500, which was awarded to Yomoon Youn (South Korea). The fourth prize, donated by Roland und Matthias Penzel went to Igor Šajatović, Croatia.
The audience prize of the city of Ludwigslust went to Yomoon Youn (South Korea). All the finalists will perform as soloists with European orchestras.

The level of the 46 candidates met the highest international standards. 80 double bassists from all over the world had applied for the competition. The internationally acclaimed jury was comprised of Jeff Bradetich, Christiane Hutcap, Christine Hoock, Hiroshi Ikematsu, Dorin Marc, Dan Styffe, Emil Tabakov and Gunars Upatnieks.

The Sperger Competition is one of the most important competitions for the double bass and is carried out biennially – the next competition will take place in the summer of 2020.

The patrons of the competition are Thomas Hengelbrock, founder and director of the Balthasar Neumann Ensembles and Chef associé of the Orchestre de Paris, and Birgit Hesse, minister for education and culture of Mecklenburg-West Pomerania.